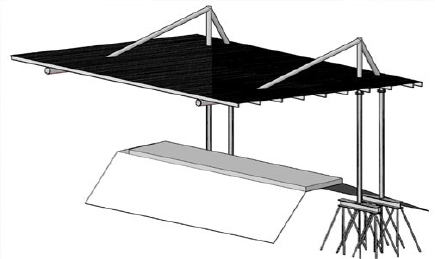 Overview
Located in the north of Western Australia, Karratha has the highest rating in cyclone classification in Australia. That aspect made Surefoot a viable candidate as the footing option for the project of a cantilevered Roof structure in three local Skate Parks because of the high capacity for uplift loads that Surefoot offers. The option of using concrete was prohibitive due to the fact that there was an existing structure close to the proposed roof and there was no access to excavation.

The design consisted on a roof supported by two sets of columns in the back end of the structure. The engineering team received the structural design and the soil tests for the locations of the structures. The maximum uplift force for the supports was of 470kN. That force prompted the design of a combination frame using multiple Surefoot caps to resist such force.

Brief
Once the structure was awarded to the winning tenderer, the installation started by the contractor with training provided by Surefoot. The estimated installation time of 28 days was cut to just 14 days.

After the Surefoot caps were installed, the frame for the roof was installed in the same week, saving time which was cost saving for the council.

Conclusion
The result was very impressive and both the council and the contractor were pleased in using Surefoot. 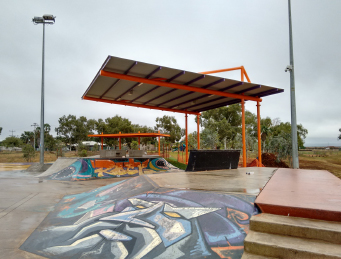 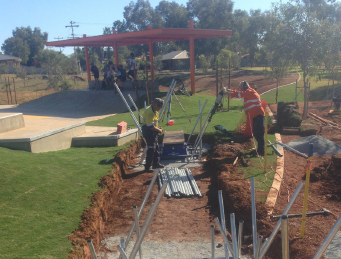 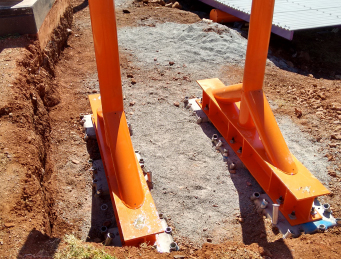 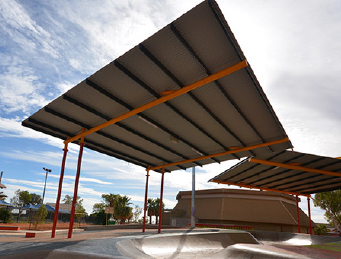 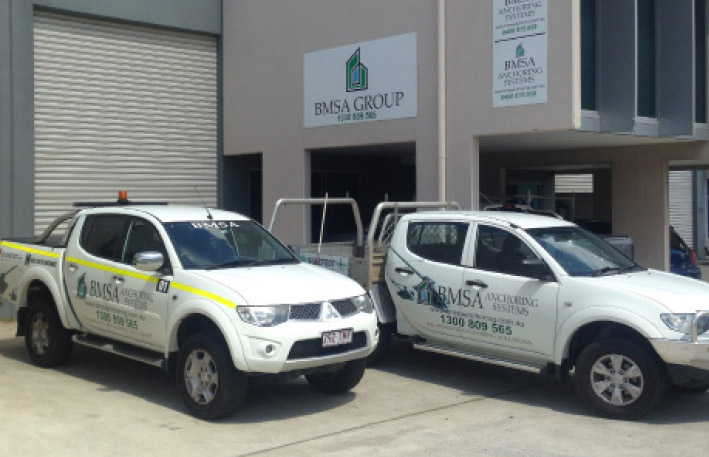 Contact us today and one of our specialist personnel will be very pleased to provide you with the best performance and solutions tailored to your specific project and service needs.